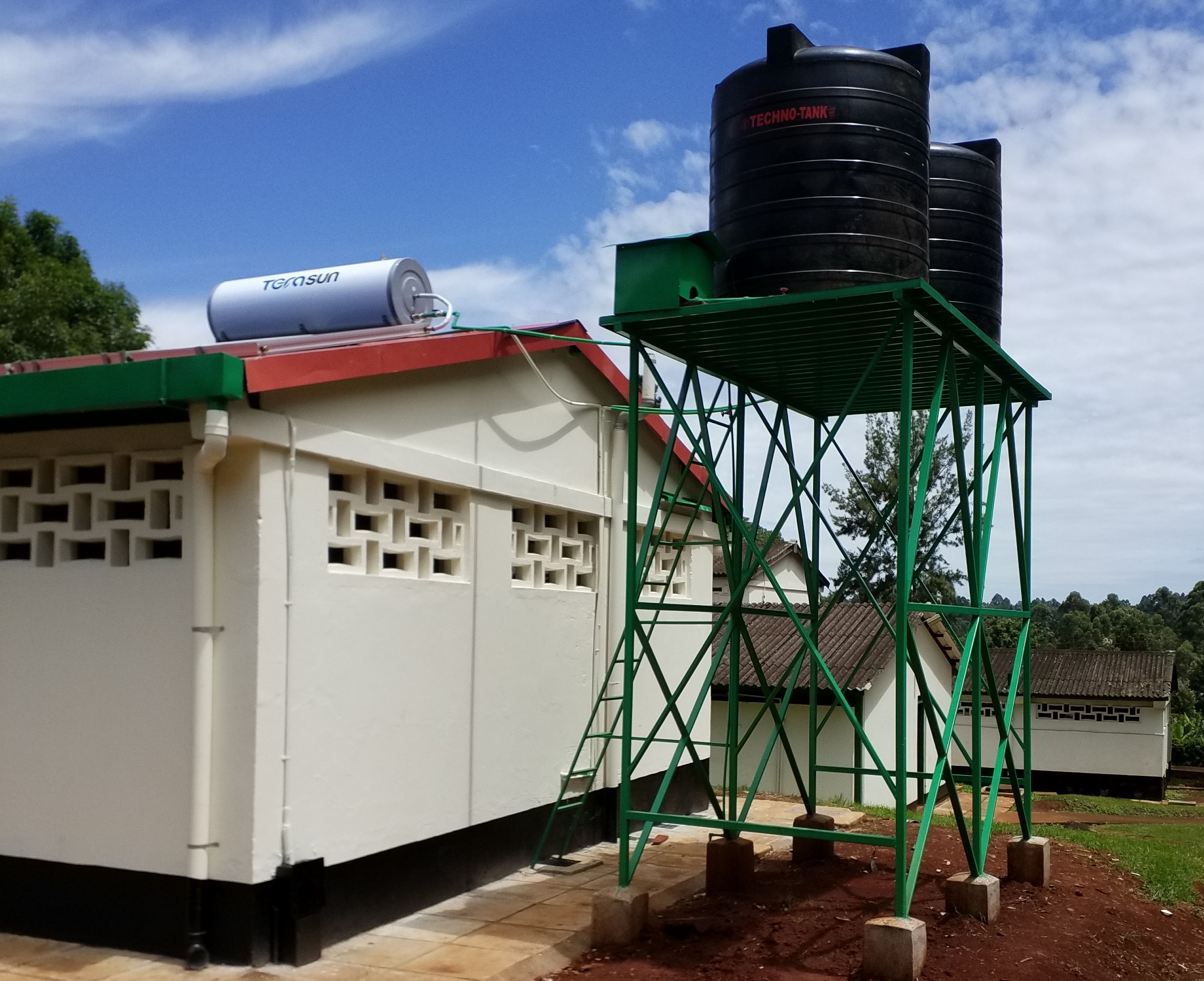 The outside has received a new coat of paint; cream for the walls and green for the window frames and the fascia board. A soft board to tidy up the space between the fascia board and the wall is soon to be fitted to complete the picture.  A new much higher porch has been constructed outside the main entrance to replace the old one which was somewhat low.

From the outside, one immediately notices the new windows and doors. The conference The term end is drawing nigh; this much sooner than expected thanks to the COVID 19 virus. But even as the term ends we continue to witness the gradual and resolute approach in ensuring that Kagumo College undergoes a metamorphosis. Throughout the term paint work has been going on, changing and revitalizing old run down looking buildings into fresh and appealing working spaces.

The College common room is one such room. Renovations have been carried out recently giving it a modern look yet maintaining a bit of the traditional…..so that we are not entirely running away from what was. The common room is one of the oldest buildings in the College and is tipped to be left as it is in the master plan ….some sort of archiveroom now has aluminium – framed sliding windows. These allow a lot of light into the room and with the newly painted walls the effect is definitely “illuminating” and to balance the windows the room has been fitted with solid looking mahogany doors. These are without a doubt the two most eye catching modifications to the room.

Once inside,  one is quick to notice that the ‘stage’ that was, is no more.   It has been flattened and the staircase to the exit door brought down so that we now have one level floor….the new bit as of now is finished with lead oxide and will, later on, be completed with terrazzo to match the rest of the floor.  Incidentally, this modification gives the impression of space…. The expanded common room can now comfortably accommodate a much larger number of people than before.

Away from that, the Students Representative Council (SRC) now have a new office, well finished with a tiled floor and furniture that befits the students Governing Council.   I am right to aver that the SRC office has inherited some of these pieces of furniture form the Chief Principal’s office. This room was originally a structure that was underutilized for a long time. No one in their wildest imagination would have thought that this store could be transformed into the remarkable office it is today! In this office, the Chair, Vice-chair, Secretary-General and members of the students’ welfare committee meet regularly to thrash out issues that affect one student or other in the course of their stay in the College. We applaud the SRC for establishing this welfare committee, which indeed plays a vital role in improving student to student relationship. By so doing, aids the Office of the Dean of students and of the Deputy Principal in maintaining discipline. In the long run, this has a positive impact on academic performance. Congratulations to Bernard Korir and the 2019/2020  Council.

A walk into the washrooms within the administration block reveals modern water-saving closets and taps. The taps are especially appealing during this COVID 19 era where we are trying to limit contact with any surfaces that could jeopardise one’s safety. You just step on a button like gadget beneath the sink with your foot and voila…water! Water just enough to clean your hands and not more. This seeks to check wastage especially in instances where taps are dry and then accidentally left open leading to in running taps when the water is back. This technology is due to be expanded to other washrooms in the College in due course.

If this isn’t transformative leadership, what is?