Kagumo Teachers’ Training College, is currently witnessing dynamic infrastructural changes, which have rescued it from cascading into the drain of ancient ruins, to become a lively ultramodern institution with an environment conducive for the training of teachers.

The changes the college is witnessing lead one to adore the leadership of our current and able Chief Principal, singling him out amongst others as a hero and a role model. In order to substantiate my reason for praise, allow me to take you on tour de Kagumo.

As you approach the college on your way from Gatitu market you will witness ornamental flowers, which are a tell-tale sign that one is approaching an institution. The building materials on the side of the road as you approach the gate are evidence of the perimeter wall as it snakes around the College slowly but surely, inching on foot by foot, day by day, as it curves out the periphery of what’s going to be the most well secured Diploma for Secondary School Teachers offering college, in East and Central Africa.

You might fail to notice the fine texture of the tarmac leading to the gate since your eyes will out rightly be attracted to the captivating beauty and design of the school gate. The logo, in which is embedded the school motto, rests gracefully on the apex of this magnificent structure.

On approaching the administration block, you should notice the change in literature from the irrelevant ‘LOCKHART BLOCK’ to the current, ‘KAGUMO TEACHERS’ TRAINING COLLEGE’. Flamboyantly written and gracefully announcing who, we truly are. The inscription ‘ Lockhart Block’ a representation of a time in the history of Kenya when the running, the ruining and misappropriation of African resources was in the hands of the brutal colonial masters. This writing has served as a constant reminder of colonialism for over half a century now, to be precise, fifty seven years after independence. Other names assigned to different blocks in the school during the pre- independence period have threatened to reduce our college from the prestige it should be enjoying as an institution aspiring to be in tandem with trends of the 21st century, to a prehistoric site.

The story goes that once in a while a Briton, probably a descendant of one of those whose names appear on the walls of our structures, would drop by and start taking pictures of the old buildings. In many cases it would be observed that they would not capture the more recent MPH (Multi- Purpose Hall). Reason? It was not built by their ancestors. Our college has served as a means of replenishing feelings of nostalgia towards the descendants of our colonisers. Kudos to our Principal for ridding the college off these inscriptions which can be interpreted as being tantamount to neo colonialism. Only free thinkers can view it in this perspective. Names like S. Ominde- in the library- remind us of the trends in our history of education and of how the Prof. Ominde  led Commission did away with the social segregation that had persisted in education during the colonial era, right from the time of the Fraser commission of 1909 until independence. The indiscriminate painting done on all these structures has helped to breathe new life into them and change their course, from waning away into oblivion to looking fresh and eager to stand the test of time.

The renovations that have been witnessed in most of the hostels, both men’s and women’s hostels have helped to improve the quality of housing in the college, needless to mention the most welcome improvement on the state of the pavements.

Mr Principal has indeed become an endless cornucopia of peace, love and unity in the college. To many students,” He is a God send”.  His brilliant idea of the student work program is doing miracles in the lives of many students, who would have otherwise abandoned their course due to lack of school fees. He has indeed acted as a guardian angel to many learners who come from humble backgrounds. These learners have had a chance to work in the school farm, the maintenance department as well as other areas where casual labour is available and have been able to accrue some money for their school fees. 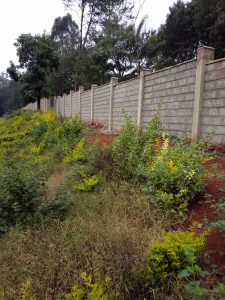 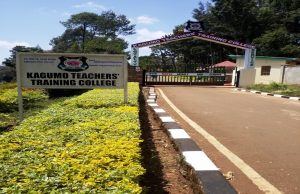 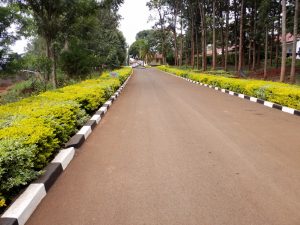 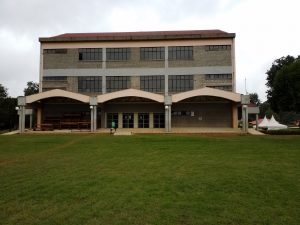 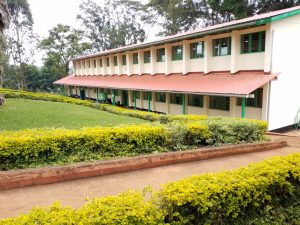